WBC/WBA/WBO welterweight champion Floyd Mayweather announced that he’s relinquishing all his world titles on Monday or within a few weeks and that his final fight in September may be a non-title bout. “I would like to give other fighters chances,” said Floyd at his post fight press conference. “I got the WBC and WBA super welterweight and WBA, WBC, WBO welterweight titles. It’s time for other fighters to fight for those titles.”

“I had a brilliant game plan and remarkable team. Manny Pacquiao is still a champion. He still has a lot left. I was the better man tonight, countering and basically using the jab. I am blessed, Manny is blessed, he’s a hell of a fighter. I knew in my heart I was beating him easy. He was applying pressure, but he wasn’t landing any punches. I was constantly popping the jab in his face.”

“Manny Pacquiao is a true champion and we both did our best tonight. He had some moments in the fight but I kept him on the outside. I was a smart fighter. I wasn’t getting hit with a lot of shots until I sat in the pocket. That’s when he would land a lot of shots.”

“I have one more fight. My last fight is in September and then it’s time for me to hang it up. I’m almost 40 years old now. I have been in the sport 19 years and have been a champion for 18 years.”

“My love and passion for boxing isn’t the same, but this is my job. Only thing I want to do now is go home and rest.”

Boxing isn't what it used to be. I think the worst part of mayweathers career is we never really got to see how good he actually was.

I mean, who has pushed Mayweather hard enough to put him off his game plan? 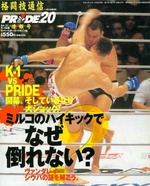 I wish boxing went back to the old ways of like joe Louis ali eras were there wasn't so many weight division .I mean really one guy can win the WBC and the other can win the IBF and call themselves world champ and never get into the ring . That's what boxing should do get rid off some these weight division and have only one division title for that weight class ,in other words if you hold the middle weight belt you are the undisputed champion of that weight class . That is what I would do if I was in charge of boxing .

That's the thing that MMA has over boxing: The matchmakers decide the fights.  Sure, managers and fighters can still decline fights, but the MMA fighter culture is still largely "I will fight whoever they put in front of me."  As a result, an MMA fighters record tends to be much more representative of the fighters tests and skills than a boxer's record is.