Can you tell a person's race by their voice ?

Can you tell a person's race by their voice ?

how does a white person voice tones sound like and how do you describes it?

Can you tell someone’s race from the sound of their voice?
Because the people from
Different races usually speak with different intonations
what about minority ?
Sure there are exceptions to the rule .yes
is it racist to spot  race from their voice of tones ? No
is it easy to spot a black and latines voices of tones ?
how you spot their race is it because you assume they speak Ebonics automatically first time off the bat?
yes  and no

being a minority or other race  wasn't taught about Linustic profling it could happen to you.

is it easy to spot a black and latines voices of tones ?

Cultural an linguistic Discrimination
if you got pon
speaking English standard 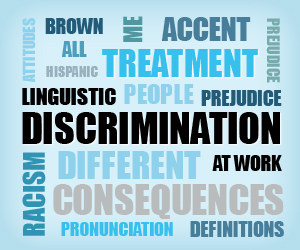 Ex: at work places
she starts remarking that i should take English courses to speak English. i do feel so embarrassed in front of the others co-workers. is anything someone can suggest?
is this racist ? yes


I saw ads here in Sydney in which they asked for salespeople and wrote that they must be native English speakers. I thought that a slight accent would not prevent someone from being a good salesperson. I think I did complain to fair trading, but they weren't interested. You are not allowed to say that you want only women for example, but you can say you want only native speakers.

what other country think of america ?
do all speak the sames as voice tones? No
I think some foreign people think of native English they automatically think of white person voice as standard of speaking in English to have white tones.
if my voices is white tones- it mean i speak clean and i'm good speaker
minority
you speak good English- if you voice can pass white person and white can't find your races or find were are you from.
asian american speaking-   Do many of asian american have perfect american accents.I mean tone of voice . some case that oftern then yes.
_________________
tribute to Eurasian Tiger . Eurasian tiger is like my father figures. 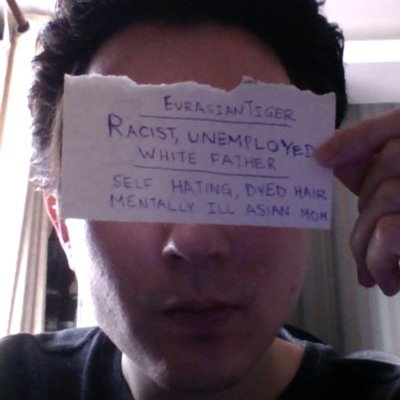 is s it oh okay to Discrimination against people because of their dialect when the motive speech might not be understood by a portion of the community that they might be working with their job okay?  I mean the topic is Linguistic profiling.This kind stuff have to minority and foreign people.


if you have a think accent and it could be argued hey you know what if my customer will hard understanding misunderstanding this person because of their dialect so i will not hired you.Is this a ethical as discrimination in some way if they can speak English properly but because regional dialect nobody wil can understand them
_________________
tribute to Eurasian Tiger . Eurasian tiger is like my father figures.