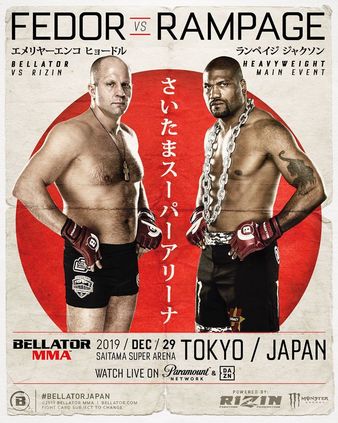 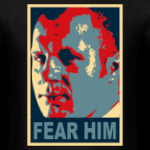 I wonder if it will be in a cage or a ring ..... Maybe both ?
In My opinion Rizin ring Bellator logo on the mat and ditto if they use the cage. 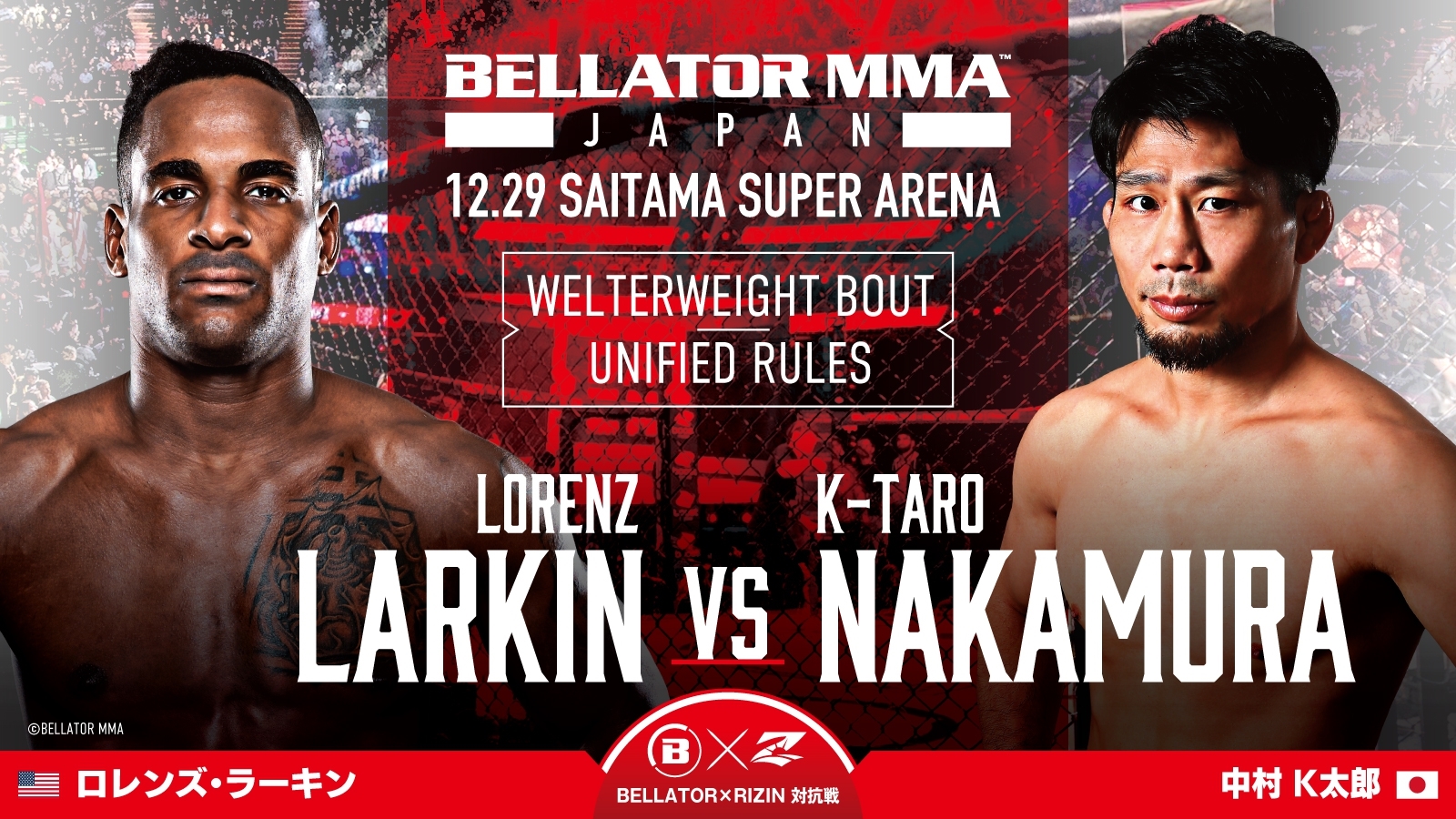 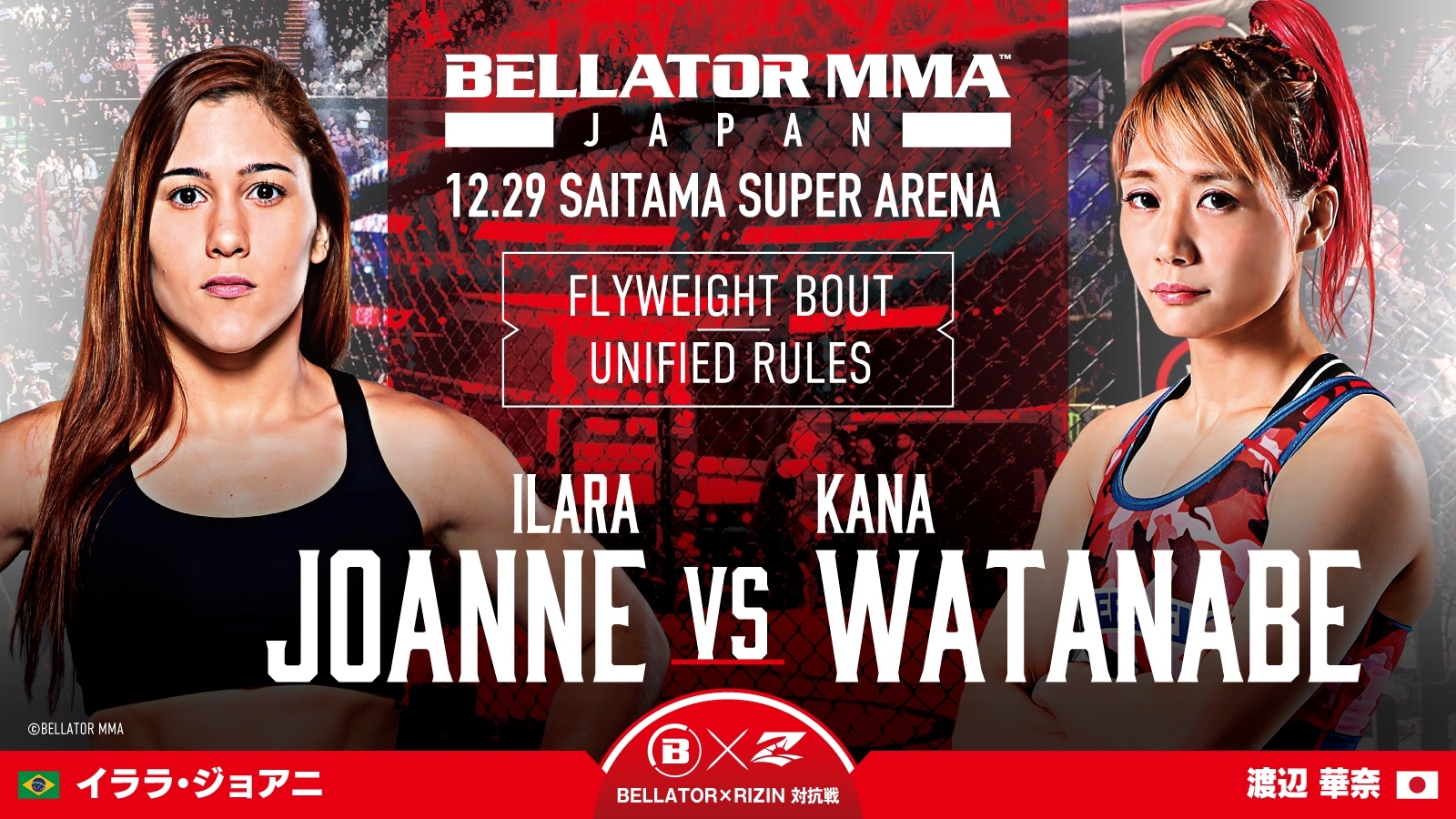 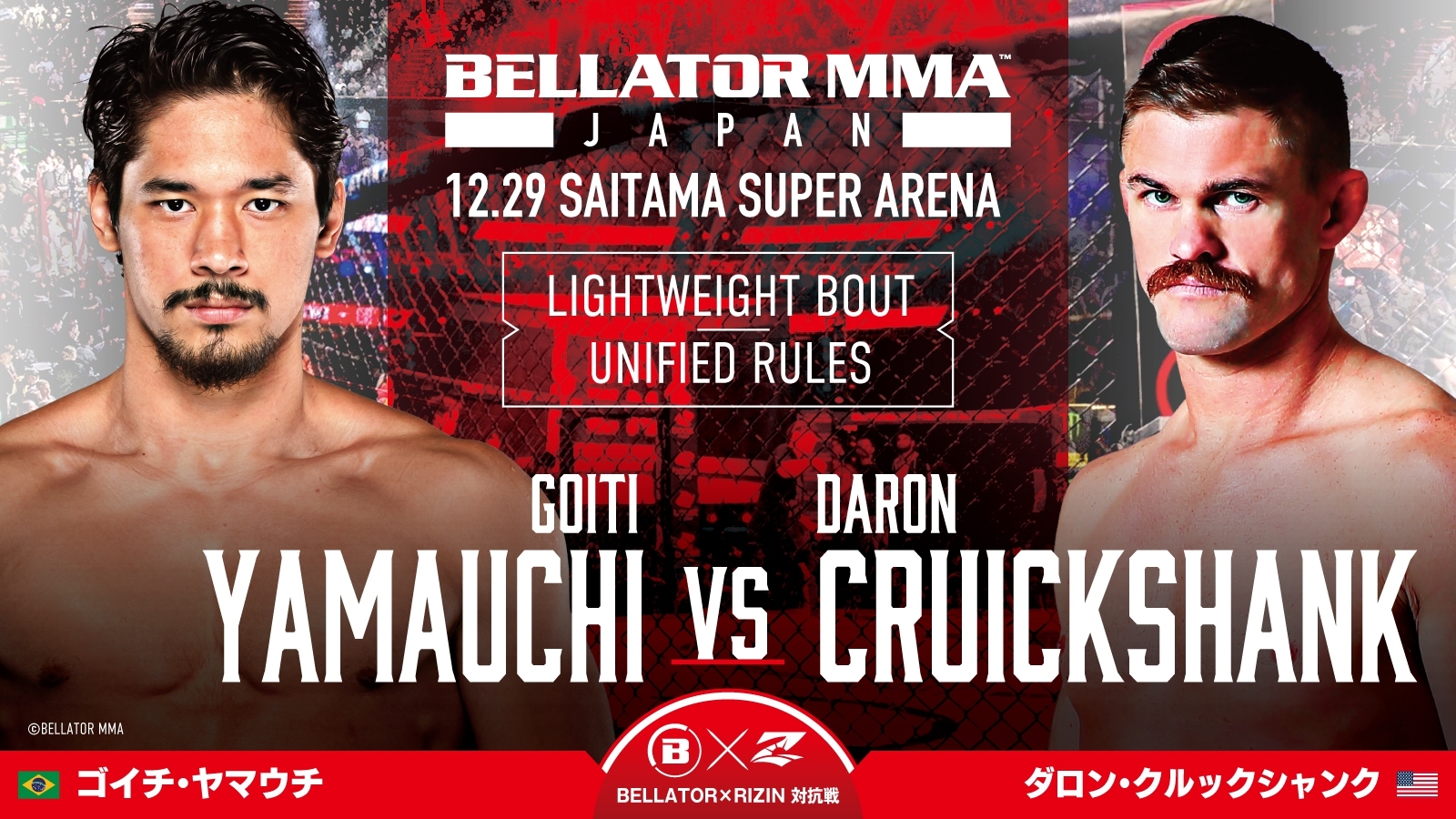 On December 29th, after making his successful RIZIN debut in October, 47 fight veteran
Keita Nakamura (35-10-2) will be meeting Bellator top welterweight Lorenz Larkin (21-
7). Undefeated Judo prospect Kana Watanabe (8-0-1) will be taking on team Pitbull’s
Ilara Joanne (9-4) who is freshly coming off a submission win in her last showing. Daron

Cruickshank (22-12) who has secured his spot as the RIZIN gatekeeper will face BJJ
black belt Goiti Yamauchi (24-4) in the Bellator cage under Unified MMA rules
sanctioned by the Mohegan Tribe Department of Athletic Regulations.

December 31st will feature 2 co-promotional bouts between the 2 organizations which
consist of former DEEP Champion and RIZIN veteran Yuki Motoya (23-7) goes to battle
against the undefeated rising Bellator prospect Patrick Mix (12-0). And the older brother
of the famed Asakura brothers Mikuru Asakura (11-1) will be welcoming the always
exciting John Macapa (23-4-2) in the RIZIN ring under RIZIN rules sanctioned by JMOC
(Japan MMA Officials Committee).

Bellator Japan powered by RIZIN will feature 2 parts during the event, the first part
being a 5 fight main card which will air live SATURDAY, DEC. 28 AT 10 P.M. ET/9 P.M.
CT ON PARAMOUNT NETWORK. And the post-lim fights held in the cage under RIZIN
rules. RIZIN CEO Nobuyuki Sakakibara announced fights that will take place in the
post-lim fights, which featured RIZIN fighters and mentioned that “This will be the first
time RIZIN fights under RIZIN rules will take place in the cage. It is NYE and we always
want to try out something new. Thanks to Bellator and Scott Coker, we are able to
challenge new things which should be very exciting and something special to the fans
worldwide.”

I have
Yamaguchi over Cruickshank
Patrick mix over Yuki Montoya
Mikuuru Asakura over John macapa
As for Fedor vs Quinton if it was 2003 I would have Fedor all day but today I would have to go with rampage simple fact that Quinton still has an iron chin where as Fedor chin is shot .

Good event, wish they had used a ring though.
_________________
If anybody is wondering why I don't post on Global MMA or Sherdog anymore it is because I needed to focus on other things in my life and posting was taking up too much time. 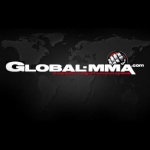 Any links to the post lims.
Ridiculous i pay for the dazn fite.tv content but no way to watch.