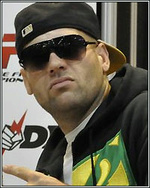 Fedor Emelianenko—widely considered the greatest heavyweight fighter of all time—will likely be hanging up his gloves in a matter of months.

According to the ‘Last Emperor,’ his retirement fight will “most likely” take place in January 2023 at a yet-to-be-announced Bellator MMA event.

“I still have one fight, the last fight,” Emelianenko said during a recent press conference. “Most likely, we’ll see. It will take place next January.”

The former PRIDE champion commenced a “retirement tour” last year, knocking out Tim Johnson at Bellator 269 in Moscow, Russia. It was his second consecutive victory since losing to Ryan Bader in the heavyweight grand prix.

Though Emelianenko did not reveal whether he has an opponent in place for his last fight, Bellator MMA president Scott Coker revealed that Emelianenko was lobbying for a rematch against Bader in order to avenge his TKO loss.

“This is his last fight on his contract,” Coker told reporters last week (h/t MMAFighting). “He told me he wants to retire, and I haven’t talked to Bader about it. But it’s something, that, you know, it’s hard to say no to Fedor – let’s put it that way. We’ll definitely consider it, but it’s definitely not inked or something that’s imminent. But definitely, we’ll have that conversation.”

Coker also noted that Russia play host to Emelianenko’s retirement fight, though no plans have been finalized as of last week.