This was all just a matter of time as these two shows have been floating around in whispers for a while now, compounded by Nathan Corbett in his announcing that he signed for GLORY saying that he'd be fighting for GLORY in Chicago in October. Basically, the signs have been around for a while now and you don't need to be me to have known that this was going down, right? Right.

So, GLORY announced today that GLORY 11 will go down in Chicago, going down at the Sears Center at Hoffman Estates, Ill. on October 12th. This is set to be the promotion's Spike TV debut event and will air LIVE on Spike TV. While they have not announced a card for this yet, the rumors are pinning Nathan Corbett vs. Tyrone Spong as the main event and for a four-man Heayweight tournament featuring Daniel Ghita, Gokhan Saki, Rico Verhoeven and Anderson "Braddock" Silva. The rumored matchups are Saki vs. Rico and Braddock vs. Ghita, which should make for a fine tournament.

GLORY 12 will take place in New York City on November 9th, should also be airing on Spike TV (although the press release doesn't say this), live from The Theater at Madison Square Garden. The Theater at MSG has hosted a lot of great boxing events throughout history and was also where TaKe-On produced an event last year. GLORY 12 New York will feature a Lightweight tournament. Although there aren't a lot of details about this event, expect to see Giorgio Petrosyan as well as the two Lightweight winners from GLORY 10 Los Angeles in the tournament. Do not expect Buakaw, though, okay?

They're showing a lot of guts holding a show in the rather large Sears Center (compared to what they have been running in during their U.S. tour)

The rumored card so far is definitely worthy of such a venue but will enough people care for GLORY to have a respectable attendance number? 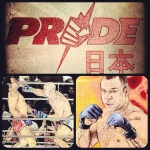 wekka wrote:They're showing a lot of guts holding a show in the rather large Sears Center (compared to what they have been running in during their U.S. tour)

The rumored card so far is definitely worthy of such a venue but will enough people care for GLORY to have a respectable attendance number?

years ago I went to a shidokan tournament in chicago, seems the city is quite savy on the striking arts. Then again Glory is big time so who knows.
_________________
Ring > cage, knee's>elbows. Class, honor, respect> just bleed. 株式会社セガ

PRIDE FC wrote:I´m rooting for our old friend Vinny. He needs to win the UFC belt, put it on his toilet seat and sell it on ebay

Only 5 fights are announced for this so far, but for my money this is the best line-up of all three. In the main event, Tyrone Spong takes on Nathan Corbett in a rematch kickboxing and Muay Thai fans have been clamoring for. We'll go into more detail on that fight as the show draws near. You also have a 4 man Heavyweight tournament, with Gokhan Saki vs. Rico Verhoeven and Daniel Ghita vs. Anderson Silva (and, as must always be said, no, not that Anderson Silva). No offense to Verhoeven and Silva, but if one of them spoils a Ghita vs. Saki final, there will be trouble. You also have Errol Zimmerman vs. Hesdy Gerges on this stacked show.