GLORY 15's Danyo Ilunga: 'This year they will really know my name'

GLORY 15's Danyo Ilunga: 'This year they will really know my name'

MMAmania.com caught up with GLORY light heavyweight Danyo Ilunga immediately following his devastating knockout over Andrei Stoica at GLORY 15 in Istanbul. The Congolese-German fighter admitted his disappointment at not being in the night's tournament, talked about being recognized in the U.S., his knockout over Stoica and how he hopes to fight in the next one.

 TWEET SHARE  SHARE + COMMENTS
ISTANBUL -- Danyo Ilunga's arms were outstretched in celebration as he stood the second set of ropes in the GLORY ring and gazed out into the Ulker Arena at GLORY 15. The 27-year-old Congolese-German kickboxer had just landed a picturesque knockout over Andrei Stoica: a perfectly placed right hand that met the Romanian's nose and sent him corkscrewing into the mat.

It was ruled a technical knockout, but anyone who saw it would strongly disagree. It was easily one of the best finishes in GLORY's history; one that evoked a roar from the crowd, one that will receive ooohs and ahhhhs from any highlight viewer and one that the fighter can point to as the reason he should've been included in the night's four-man tournament for the light heavyweight title.

Immediately following the fight, MMAmania.com caught up with Ilunga, who was celebrating inside the locker room of Ulker Arena. He said he was "really happy" with the knockout victory, before expressing his disappointment on being excluded from the evening's four-man quest for the title.

"Yes of course," he said, admitting to being upset about his exclusion. "I'm really sad about that. I think I'm able to be in the tournament. I hope to be in the next tournament, yes, of course."

"I trained very, very hard for this fight. I think I had one of my hardest preparations and that paid off. I'm going to train more harder now. I want to make every fight finish like this so I think there will be no chance to be outside this tournament. I think the next one I will be in."

Sitting next to "Dibumba" in the locker room was his head coach and newly retired fighter, Remy Bonjasky. The kickboxing legend shared his thoughts on his fighter's performance and having to sit on the outside of the night's tournament.

"If you are looking at the fights of yesterday we felt very sorry that Danyo wasn't in the tournament," Bonjasky said. "I mean, looking at how he performed yesterday, I think it was tournament worthy. But, it happened and we are all glad that Danyo won his fight. They said TKO, but it felt like KO. We will keep on performing like this. He will continue to train hard and we will see what GLORY has to offer next."

Ilunga, who lost to Tyrone Spong in the light heavyweight tournament final at GLORY 9 in New York, was ranked at No. 3 entering GLORY 15. He now sits as the No. 1 in the division after his highlight reel finish over Stoica and has made a strong case for himself that he should take on the new champion, Gokhan Saki, for the title.

Bonjasky thinks his fighter is in line for the title shot, but he revealed if it becomes a reality, they would prefer it not take place in Saki's backyard.

"I'm sure he's ready to get a shot," he said. "I'm hoping that he gets a shot. We are hoping not to be in Istanbul for the shot because fighting in Istanbul is wonderful, it's terrific, but to fight against the hometown favorite gives you a little bit of a disadvantage. So we are hoping somewhere else."

"It's a fair fight to start in a neutral place," Bonjasky continued.

"The people in Istanbul and Turkey are very enthusiastic watching their favorite. They way they act is how it should be. They also support their home fighter. You can see it in soccer because I'm a soccer fan. When Fenebache is playing Galatasaray, it's crazy."

The vicious knockout victory over Stoica was about as good a debut appearance on Spike TV as Ilunga could've had or hoped for. The U.S. audience loves knockouts of any shape, form or fashion, and will no doubt remember Ilunga's name and finish over Stoica at GLORY 15.

"For sure they will know my name," he said smiling. "I think the U.S. people know already my name for my couple of fights, but this year they will really know my name."

Now 55-5 overall with 39 career knockouts and improving to 6-1 under the GLORY banner, the former It's Showtime 95 MAX Champion loves where he is at in his career and who he is fighting for.

How will his fans at home -- the ones who already know his name well -- react to this huge victory?

"In Congo the people, there will be a big party today," said Illunga, who wore both the German and Republic of Congo flags after the fight. "Everybody was watching this fight on pay TV. I have to look at my phone; I think I have a lot of calls now."


Check out my videos! 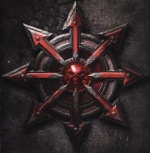